Laboratory Medicine (or Pathology) in the UK has been a challenging area for standards for a long time. When I took on the role of leading the development of future pathology standards for England (via NHS Digital), I was offered many sympathetic reactions – since many had tried and failed. However, this post is about the future not the past – the way to get the new Pathology standards based on #SNOMED CT, HL7 FHIR and UCUM implemented/adopted in the lab systems d. If you didn’t know, in England new (#NHSD, #NHSX) Pathology Standard(s) were approved earlier this year. So this article has a slight focus on the UK, but could be of interest more widely too, even if you don’t use SNOMED CT in lab medicine or use SNOMED CT in a non-lab medicine context.

Laboratory Medicine (Pathology) is challenging in the UK and elsewhere for broadly similar reasons. At the risk of oversimplification (merely to present a story), here are some important reasons. Apologies in advance for anyone who might be offended by my personal views.

Lack of investment in LIMS

This has been long acknowledged in the Pathology field. Many systems now in place are a decade old, if not older. There are still black screen systems (Unix boxes) that computer geeks/nerds/hacker types would recognise from the Matrix movie (side note, Matrix movie itself is 20 years old)!! So there is no doubt that these systems need to be upgraded. This is of course part of the bigger NHSE Pathology Consolidation work, which is also looking at upgrading the infrastructure.

We `standards people` need to refocus on operational needs where standards are designed to be used.

None of the above are criticisms of standards or imply that those who work in data standards don’t recognise these issues. So please don’t jump on this article defending standards… 🙈

Scotland is in the process of migrating to a single LIMS and wants their programme to adopt standards from day one. 14 boards (regions) need to be migrated to a single LIMS (don’t know if it is one or more instances). In listing multiple important issues above, I am trying to highlight that addressing only one is not going to work well. To ensure adoption/implementation of standards, we need to address all areas together – so think:

Let me complicate the picture a bit more by saying that for over a decade a lot of LIMS have existed as `data silos`, not merely within hospitals, but also possibly across disciplines (e.g. blood sciences vs microbiology vs histopathology).

Anyone with the task to bring such data silos together as `sanitised/harmonised` data using standards knows the mess there is to deal with. This was my experience when we tried to bring data from multiple hospitals in Singapore into their national EHR (NEHR). So anyone who thinks – we’ll just give busy clinicians/professionals access to a SNOMED CT browser and they’ll sort out their migration/mappings/refsets and somehow magically everyone will identify the same concept/lab-test/code has never experienced clinicians/professionals disagreeing about what a name/thing means… 🙈 You always need a system of review/discussion and consensus generation for these. More importantly, from a data governance perspective – to identify why a certain `code/name/test` was agreed upon and by whom. Our implementation strategy should be driven by `governance based on consensus`.

To encourage and succeed in standards adoption, we need to ensure that clinical workflows remain uninterrupted, if not enhanced. I am not referring to a workflow where a scanned PDF document from one system triggers an inbox notification in another system. Rather, a lab test result triggers a clinical decision support system where one or both these systems (at the moment) rely on `non-standard` codes/names. We might be thinking of a new LIMS system compliant with standards, but we might have no control over the other system. In fact, such data flows are common in healthcare and whatever we do we must not disrupt them. So our implementation strategy must be designed for `evolution` aka `eventual standardisation` – where different systems become standards compliant at their own pace.

The `why` is simple and important – the requesting clinician in many cases does not care (though sometimes does) about how a result is derived. However, the professional in the lab often cares a lot about how the result was derived – think methods, analytes, test kits, etc. The clinician again often looks for an `interpretation` by the lab specialist and corroborates it with their clinical information. However, buried in here is the notion that two tests might not always be directly `comparable` if they have been performed using different techniques, analytes, test kits, etc. Units of measure are only the most visible part of this comparability.

So unless standards address this entire functional definition, significant and differing world views between the `non-lab clinician` and the `lab professional` remain a challenge.

Addressing these would however not only address the broader operational need (remember costing is based on tests performed and the test kits used) but also make clinical data more comparable and reduce clinical risks. It also recognises the lab/pathology professionals as equal partners in the diagnostic cycle.

If you are with me till now, then you might be thinking – so how do we enable these aspects like `data governance`,  `eventual/asynchronous standardisation` and `diagnostic cycle standardisation` which impact implementation of standards. I had a similar choice – stay on the lead of a national standard project/programme or get out and do something about enabling the adoption/implementation of these standards. So 18 months ago, I chose the latter and since then, with my colleagues at Termlex I have been working on a way to make this happen.  We created:

Pathnexus – a data harmonisation platform that enables adoption of standards and addresses these issues. 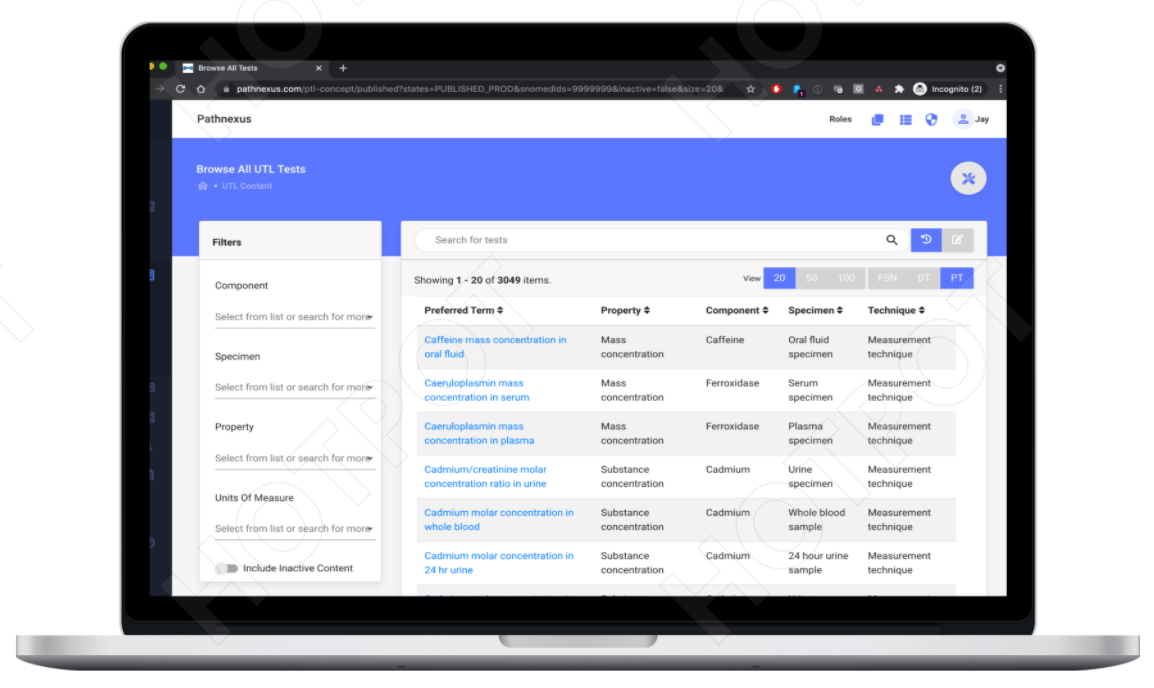 How it  could all work?

We are now about to embark on a pilot project for testing Pathnexus, not just enabling standardisation of their lab data but also data-governance. Of course, there are the usual discussions about what is in scope for a proof of concept (PoC) –

which disciplines; how does it work with a middleware solution; is it just SNOMED CT or does it include FHIR, UCUM; what does it do with requests (standardise or not); where does governance fit?

Here are some resources that might help you get started, including migrating your existing data…